10 Stories About How People Spent Their Jackpot! 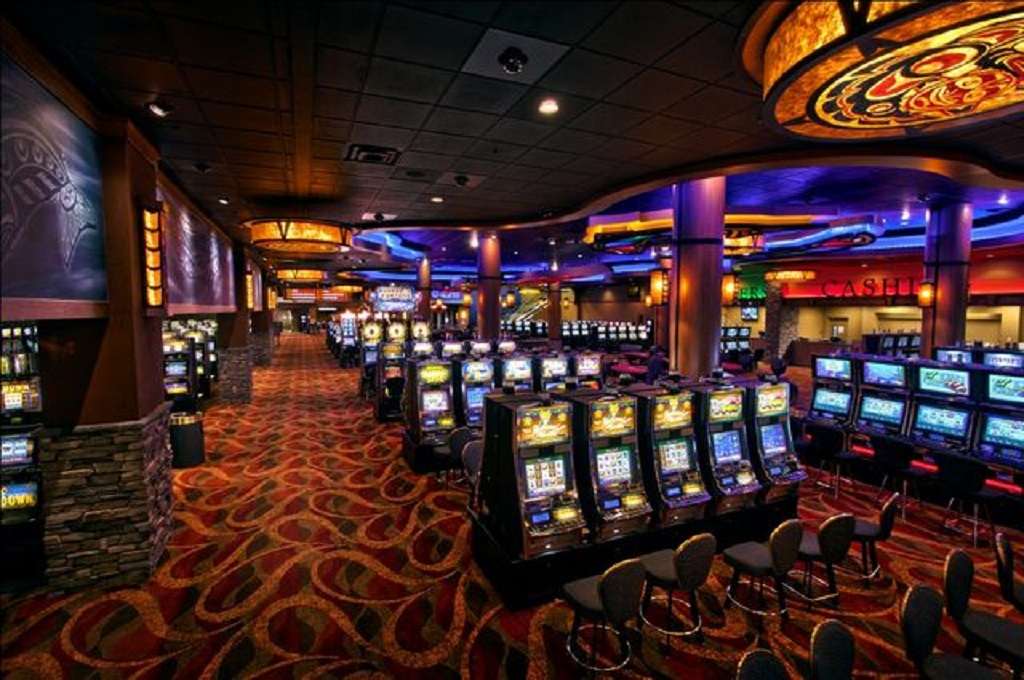 So, what about those stories about the biggest payouts in gambling? The life of the lucky ones who hit the enormous Jackpot? They spend their money? How does winning a lot of cash change a player’s life? You will find that the results of gambling are often as surprising as the winnings themselves.

On January 5, 2017, Pedro Grendene Bartelle from Punta del Este, Uruguay. Won the biggest prize in roulette in just one spin. Gambler shows off in front of his friends by betting the equivalent of $ 35,000 on. A single roulette spin and wins an impressive $3.5m only seconds later. Pedro Grendene Bartelle co-founded Grendene. One of the world’s largest sandal manufacturers. With his twin brother Alexandre Grendene Bartelle. Pedro is vice-chairman of the board of directors of Grendene SA. Daily Mail named him the 2017’s luckiest man.

In May 2018, a cleaning lady living from Berlin named Kristina entered her numbers. For one of the top lottery sites on the market – Lottoland. Kristina was playing this lottery for the second time in her life. She let her mother choose all the numbers. During the drawing next Friday. She won a fantastic payout of 79 million pounds! Kristina said that she plans to take care of her mother and travel along the coast of America with stops at campsites.

8. The largest winning in Spent Their Jackpot baccarat.

On March 13, 2015, Lin Haisan participated in a baccarat tournament at the Sheraton Macao hotel. He ended up winning HKD100 million. Then the equivalent of $12.89 million, officially acknowledged by. The Guinness World Records as the largest amount anyone won at the game. 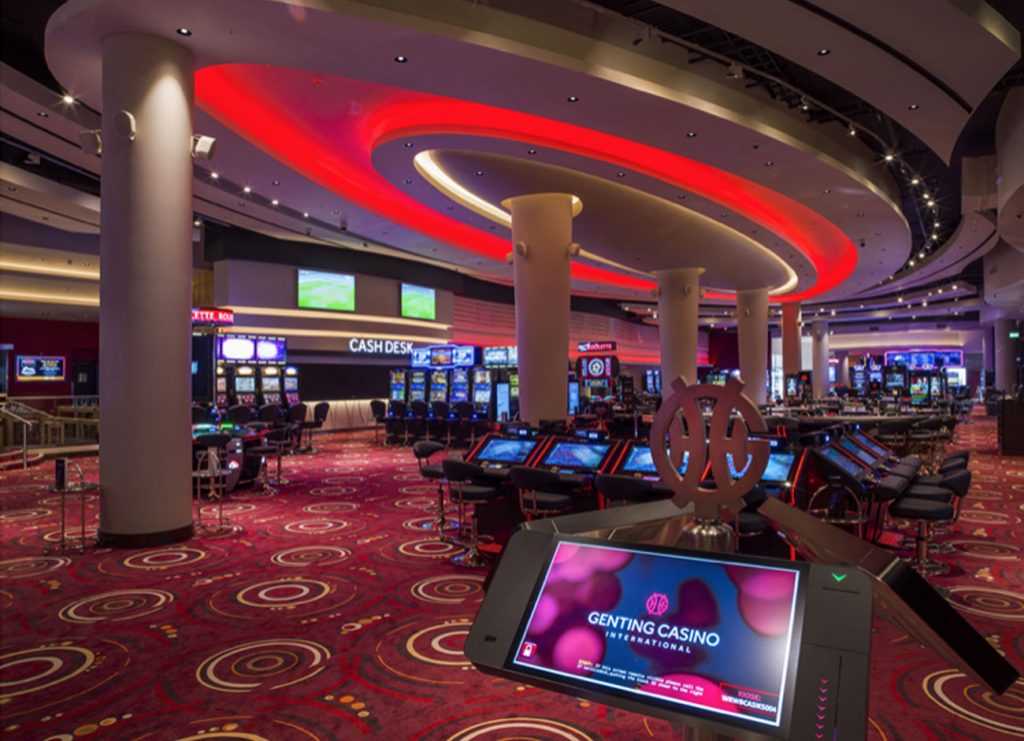 In this category, the largest amount paid to a person was received by a 25-year-old software engineer. At the Excalibur casino in Las Vegas in 2003. He won $ 38.7 million. However, the casino said that it will take 25 years for them to pay out the winnings in the form of annual payments.

6. The man who put EVERYTHING he had on one spin of the roulette… and WON!.

In 2004, as an episode of the TV mini-series titled Double or Nothing. British professional gambler Ashley Revell sold everything he owned. Including clothing, and bet $ 135,300 on a single roulette spin. At the Plaza Casino and Hotel in Las Vegas, Nevada. Revell bet on red, and the ball hit 7 red, Revell doubled his money to $ 270,600. Everyone was waiting for him to place another bet. But he gave the croupier $ 600 as a tip, said “thank you!” and left the casino. Revell used his winnings to open his online poker company. Called “Poker UTD”. Later famous television producer Simon Cowell said. That Revell’s bet was the inspiration behind his 2011–2012 game show called Red or Black?

Today FedEx is a successful company. There were times when its founder once saved it by taking his last $ 5,000 and turning it into $ 32,000. While playing in stories Las Vegas. In 1971, the company’s founder, Frederick Smith, invested his $ 4 million and $ 90 million from investors in founding. A delivery company that could deliver a parcel to anywhere in the world in just one day. No one had ever done anything like this before. Unfortunately, three later FedEx was on the verge of bankruptcy. This happened mainly because of rapidly rising fuel prices. The company was losing more than $ 1 million each month, no one wanted to give them additional loans, and there were no investors interested in investing in them.

Smith took those 5,000 and flew to Las Vegas, where he spent all weekend playing blackjack with the company’s remaining money. On Monday, to the great surprise of the company’s management, there were 32,000 in the FedEx Bank account, which was enough to fill the planes with fuel and continue working for a few more days. When asked what he was thinking of doing this with the company’s money, Smith replied: “What difference does it make? Without money for fuel, we would not be able to work.”

As it turned out later, these few extra days were stories life-saving for the company. Smith managed to get an investment of $ 11 million that allowed the company to continue operating, and by 1976, FedEx had its first revenue of $ 3.6 million. Four years later, the company’s revenues reached almost $ 40 million, and the company’s turnover was almost half a billion. At the moment, FedEx is estimated at 25-35 billion dollars, and Smith himself has a fortune of about 2 billion.

4. The nanny who won $ 2.4 million on Spent Their Jackpot her first trip to Las Vegas.

In 2008, Jessica Agbunag, who worked as a nanny after graduating from high school six years ago, went to Las Vegas with her boyfriend and family to celebrate her grandmother’s birthday. Grandma was a frequent visitor to Las Vegas and loved to play slots. Jessica put $ 16 into the Mega Jackpot slot machine at the California Hotel and Casino and hit the jackpot – she won $ 2.4 million on her first visit to Las Vegas. 3. Biggest win at the races Conor Murphy was a 29-year-old stable hand from Ireland when, in 2012, he made an online bet of 50 pounds (about $ 75), known as “battery.”

Meaning that he had placed a bet on five races at the stories same time and could have won an impressive amount of money if he had won all five. Murphy admitted that he did not conduct any research and did not have any insider information. He randomly chose five horses. And won! His intuition brought him $ 1.5 million. Murphy moved to America and started training racehorses. By 2014, he had a stable with several champion horses in Goshen, Kentucky.

2. The biggest Spent Their Jackpot in the history of lotteries.

Gloria MacKenzie from Florida was the lucky winner of $ 590 million. This is the largest jackpot in the entire history of lotteries. At the time of winning, Gloria was eighty-four years old, and she wanted to transfer part of the money to her native school, where she studied many years ago. Gloria spent most of her money on charity. Gloria McKenzie managed to buy a lottery ticket almost by accident, another person should have been in her place, who gave the old woman the right to buy a ticket first. After taxes, Gloria’s winnings amounted to only half of the promised amount – $ 278 million.

1. $ 50 million Jackpot – help to everyone who needed Spent Their Jackpot money.

The Fontaine family from Canada won the huge $ 50 Million Jackpot. Who would have thought, but the happy couple Kirby and Mary did not spend their millions for their pleasure, instead, they have transferred the money to everyone who needed help. The total amount of winnings was spent, but the stories  couple never regretted it, as they believed that it was easy money, and they lived very well until they have won millions.

As you can see, there are a lot of real stories about lottery winners! It’s always worth having a plan in case you hit the Jackpot worth millions of dollars. Believe in yourself and your luck. That is a well-known rule of all Champions. They know that everyone can win the Jackpot and it is quite possible to become a millionaire. We wish you good luck! 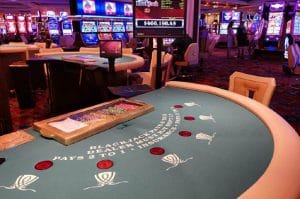 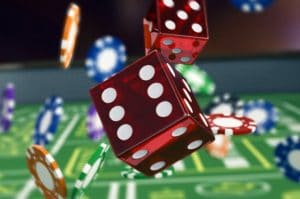 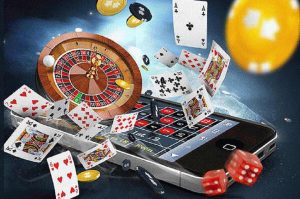